MAGNETIC ROTOR ASSEMBLY
A device for inducing the rotation of a plurality of rotors by use of magnetically charged materials includes at least a pair of rotors rotatably mounted. Each rotor includes at least one outwardly extending element having magnetic material attached to the opposing ends of the element. The elements of the two rotors are positioned co-planarly with respect to one another, such that each element of one rotor is paired with a corresponding co-planarly positioned element of the other rotor. The elements are positioned sufficiently proximate to one another such that the polarity of one element's end may interact with the polarity of its paired element of the other rotor to induce a rotation of one or both of the two rotors.

The first rotor is positioned proximate the second rotor. Each of the first elements of the first rotor is preferably positioned in a co-planar, or substantially co-planar relationship with a corresponding second element of the second rotor. The two rotors are positioned sufficiently proximate to one another such that the magnetic materials found on the ends of a first element and a corresponding second element may interact with another to create a repelling force between the two elements of sufficient magnitude to induce the rotation of at least one of the two rotors relative to its respective axis of rotation.

One or both of the rotors may be associated with corresponding structures for transferring kinetic energy from the rotor to that structure.

BRIEF DESCRIPTION OF THE DRAWINGS
FIG. 1 is an elevational side view of a rotor of the instant invention illustrating a plurality of elongate elements arra

Life - The Great Initiation
I love the way Dr. Joe helps us understand what we need to do when our life is not turning out the way we want. The simple secret: We can't keep doing the same things if we want our lives to change. Life is a great initiation! -Steve

One way we can look at life is that it's a series of events designed to challenge us to make decisions and choices. In this regard, we could say life is an initiation or a test. To pass an initiation is to take what you have learned (philosophy, theory, knowledge, and information) and apply it towards an event or decision. If done correctly, this should provide us with a new experience that's different than the routine life we live.

New experiences arise when our behavior matches our intentions, when our actions are equal to our thoughts, and when our mind and body are working as one. The experience then further enriches the intellectual circuits created from acquiring knowledge. As the application of knowledge begins to make more connections in our brain, the upgraded circuitry signals another part of the brain to make a chemical-the end product of which is called an emotion or feeling. Because experiences we embrace in the environment lead to emotions that create chemical signals which affect our genes, the moment we consciously embody the emotion of the experience we change our genetic destiny by selecting and instructing new gene expressions. The repetition of this over time allows us to neurochemically condition our mind and body to work as one-in other words, when you've done something so many times that your body now knows how to do it as well as your mind, it becomes innate, effortless, and second nature. Now you've become the knowledge, which is to say you've created a new state of being that you don't have to consciously think about.

Staying Conscious During Life's Initiations
At our week-long workshops, we give our students the tools to stay conscious and aware when moving through life's challenges, rather than letting unconscious programs determine the outcomes. In doing so, we have created challenge activities where our students have to make a choice to either apply the philosophy they've learned and are developing into a skill (and take it to the next level) or be gripped by old familiar emotions such as fear, anxiety, suffering, self-doubt, frustration, or judgment. This gives our students the opportunity to make a different choice with the tools we've taught them, as well as to remind them that when they do make different choices, they are stepping into the unknown. When our students develop the skill set to create brain and heart coherence while being confronted by those challenges (instead of sitting in a room with their eyes closed in mediation while listening to soft music play), that's when we start to see the biggest changes.

Most people live by an unconscious program whereby the moment they say some person, thing, or experience is making them feel or think in some way, what they are essentially saying is that something outside of them is controlling the way they think and feel. This is a victim mentality, but if you believe that the way you think and feel can change your life, then you would not be a victim-you would look at your life as a test-and in rising to that challenge or test, you'd no longer think or react in predictable ways. Instead, you would take on the challenge to be greater than your body, greater than your environment, greater than time, and greater than old emotions and habits that have ruled your life for so long. This is how the student becomes the master.

As a student of life, our job is to go from philosopher to initiate to master; from mind to body to soul; from knowledge to experience to wisdom; from thinking to doing to being; and from learning with your head, applying it with your hands, and knowing it by heart. The good news is we have all the biological and neurological machinery to do this. So why do initiations exist? Initiations exist to challenge us to move out of our programs into something more instrumental for our own evolution. This is how we evolve.
-Dr. Joe Dispenza 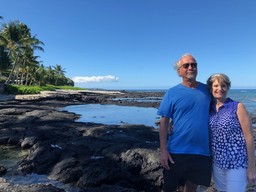